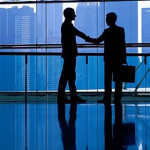 Strengthening the capabilities to address next generation virtualized networks.

Enea has signed an agreement to acquire Qosmos, a privately held company with leading positions in IP traffic classification and network intelligence. The total consideration amounts to approximately 52.7 MEUR and will be financed through cash and bank loans.

Qosmos is headquartered in Paris and is estimated to generate sales of approximately 14.2 MEUR in 2016.

Closing of the transaction is subject to approvals from French government authorities and is expected to be completed beginning December 2016.

“I am proud to announce this highly complementary acquisition, which provides a significant and attractive extension of our portfolio. The combination of our companies will benefit the joint customer base, open up new market segments, and accelerate Enea’s growth going forward while maintaining a healthy profit margin”

Qosmos is a supplier of Network Intelligence software based on Deep Packet Inspection (”DPI”) and commands a dominating share of its market. The company’s software provides detailed real-time traffic visibility, which is a critical component for applications such as mobile traffic management, cyber security, and network analytics. More than 100 telecom networks worldwide use solutions powered by Qosmos.

Together, Enea and Qosmos are building a stronger offering in the area of Software Defined Networking (SDN) and Network Function Virtualization (NFV).

”I am very happy to join forces with Enea, a larger and well-established organization with a strong reputation in our adjacent markets,”

“In the new virtualized networks, application awareness is key for operators to deliver new, more personalized, and more secure services to their customers. The combined entity is well positioned to deliver products and services in this significant industry transition.”

Key figures and facts regarding Qosmos

Qosmos is a leading software supplier in the market for IP traffic classification and network intelligence technology. The company supplies software to vendors who embed real-time application visibility in their products for traffic optimization, service chaining, quality of service, analytics, cyber security and more.

Qosmos is a privately held company backed by venture capital firms Alven Capital and Draper Esprit, the GfK Group, one of the world’s largest market research companies, and the public investment bank, Bpifrance.

Of the total purchase price of approximately 52.7 MEUR, approximately 16.3 MEUR is related to net cash and cash equivalents, leaving approximately 36.4 MEUR as the enterprise value. The acquisition will be financed by cash-on-hand and a 165 MSEK bank loan. The parties have agreed that 10.0 MEUR of the purchase price is a deferred payment to be paid 24 months after closing.

For 2017, Enea estimates that the acquisition will be EPS positive, while slightly dilutive to the EBIT margin.

Pending government approval, the acquisition is estimated to close and be consolidated into Enea Group accounts beginning of December 2016, and hence, will have limited effect on revenue and earnings for the full year 2016.

Enea is a global supplier of network software platforms and world class services, with a vision of helping customers develop amazing functions in a connected society.

We are committed to working together with customers and leading hardware vendors as a key contributor in the open source community, developing and hardening optimal software solutions.