Ericpol’s CIT Initiative Has a Chance of Coming to Fruition 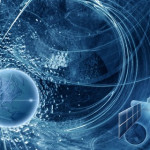 Ericpol’s suggestion for companies to earmark a part of their Corporate Income Tax to support scientific research is one step closer to becoming reality. During the European Economic Congress held in Katowice on May 14th 2012, Barbara Kudrycka – the Minister of Science and Higher Education – presented and discussed the company’s project through which entrepreneurs could donate 1% of their CIT for scientific purposes.

The idea to support scientific research by means of donating a part of CIT was mooted by Ericpol with a view to increasing innovation in both the Polish and European economies. This initiative was announced in September 2011 by Jan Smela, President of Ericpol, during the 2011 European Intersectoral Summit on Research and Innovation, hosted on the premises of the Jagiellonian University by Atomium Culture. The Permanent Platform of Atomium Culture is an organization which brings together representatives of the media, business and politics with a view to increasing the levels of knowledge exchange across borders and societies. The 2011 summit was attended by Michelangelo Baracchi Bonvicini, President of Atomium Culture, Minister Barbara Kudrycka, representatives from universities, colleges, press and business, as well as Jan Smela, President of Ericpol.

During a debate titled ‘Fit for Fighting: Europe and its Grand Challenges,’ Jan Smela gave a speech entitled ‘Why Lisbon faces bankruptcy while Beijing lends money?’. The speech included the proposal to allocate 5% out of 19% of CIT paid by entrepreneurs to scientific projects of their choice. Such projects would be selected from the list of initiatives drawn up by scientific and research institutions. Following this model, approx. 40% of resources earmarked for scientific research would be distributed in a brand new way. The remaining 60% would be distributed in the ‘old’ way and employed to finance e.g. primary research, which is crucial to scientific development but does not (and possibly could not) immediately contribute to economic and business growth.

This new model for financing will encourage cooperation between businesses and scientific and research entities. The business sector will take an interest in spending ‘their’ money in the best possible way, whereas researchers will make their best efforts to obtain the funds. Neither state budget income nor the costs related to subventions and subsidies granted will change. What will change, however, is the composition of the group of decision-makers. Thus, an actual demand for scientific research will be generated, eventually resulting in the increased competitiveness of the Polish economy. The ’5% Initiative’, as the project has been titled, instigated a lively discussion among the participants of the panel moderated by Geoff Mulgan, Strategic Adviser of Atomium Culture.

Ericpol strongly believes that the idea presented during the EISRI summit will be developed further, eventually contributing to the future strengthening of the global position of the Polish science and economy.