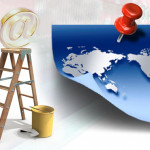 Ericpol was announced one of 500 world’s biggest software and services suppliers. The 29th season of The Software 500 ranking was prepared by Digital Software Magazine, the Software Decision Journal publishing house.

The Software 500 is based on total worldwide software and services revenue for 2010. This includes revenues from software licenses, maintenance and support, training, and software-related services and consulting. The results were published on the 28th of September, 2011. For the first time in the ranking history a Polish company was included among the largest 500 software and services suppliers. With revenues reaching almost $54 mln Ericpol was ranked on 310th position.

‘This is the next international ranking, Ericpol is included. It means that Polish company has its contribution in the global IT. What’s more, I’m glad that it just referes to Ericpol’s engineers. I hope, more and more Polish companies will appear on such lists in the future’,

The Software 500 results for the 2010 that revenue growth in the software and services industry was healthy, with total Software 500 revenue of $541.5 billion worldwide for 2010, representing approximately 10 percent growth from the previous year’s list.

The ranking is addressed to CIOs, senior IT managers, and IT staff researchers. It reflects financial standing of IT companies and the dynamic nature of the industry. The Software 500 is also a quick reference of vendor viability for large enterprises looking for a business partner.