Ericpol at the CeBIT Trade Fair 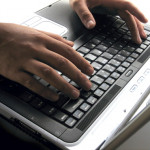 At this year’s CeBIT trade fair, engineers from Ericpol, in partnership with scientists from the Faculty of Physics at the University of Warsaw, will present a new technology to simplify reading of data from EEG and MEG measurement devices.

Everything was easy back in the era of hard copies. After digitization and multiple recording formats took over, it all became much more complicated. Several years ago, Professor Piotr Jerzy Durka from the University of Warsaw began his research in the field of simplification of reading of such data. The result of his works is SignalML – an open source protocol to “translate” digital data into a format of the user’s choice.

Svarog – Signal Viever, Analyzer and Recorder on GPL – is the first implementation of the SignalML protocol able to analyze complex signals recorded e.g. during EEG or MEG medical examination in various formats, as well as to analyze data online.

“I talked about SignalML and Svarog during the Ericpol Innovation Pathway workshop meeting in the Kalatówki mountain hostel in January. It turned out that, in cooperation with Ericpol, it would be possible to put the academic proof of concept to life and turn it into a fully operative system”, says Professor Piotr Jerzy Durka, head of the Biomedical Physics Department at the University of Warsaw’s Faculty of Physics and member of the International Neuroinformatics Coordination Facility, an international organization for new developments in neuroinformatics.

“Our cooperation in this field has been a very exciting experience as well as a great example of how companies can collaborate with universities with a view to creating new, innovative solutions on a global scale”, says Maciej Smagacz, Core Networks & Customizations Unit Director at Ericpol.

The Polish stand at the CeBIT fair will feature presentations of abilities and mode of operation of the SignalML and Svarog solutions, conducted by Professor Piotr J. Durka and his team. Moreover, other applications and devices which facilitate brain and computer cooperation – Brain Computer Interfaces or BCIs – will be displayed. BCI systems, allowing the user’s brain waves to control mechanical devices directly, may prove to be the only chance to communicate with patients suffering from the final stages of neurodegenerative illnesses.

On March 6th, the fair’s opening day, Ericpol will be represented by its Vice-President Anna Smela-Kjellin and the team of engineers involved in the cooperation with the University.