Ericpol in the Software 500 Ranking Again 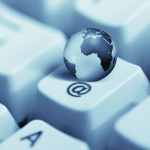 Ericpol has been listed in the ranking of the largest software and IT service providers in the world for the second year in a row. The Software 500 ranking has been prepared by the Software Magazine publishing house for the thirtieth time.

Ericpol, the only Polish enterprise in the ranking, took 13th place in the sector of companies providing software and services using an outsourcing model. In the category of European companies, Ericpol was ranked in 35th place and in the category of private companies – in 34th place. In the total ranking, Ericpol took 312th place, with profits from software in 2011 reaching USD 68.9 M.

‘With a 34% increase in income, Ericpol has achieved double the average of all companies in the ranking. Owing to our flexible approach and increased efficiency, we are able to boost our clients’ satisfaction with our partnership. This translates into more contracts and the development of the company. I am glad that we are making a mark on the international market,’ says Paweł Szczerkowski, CEO of Ericpol.

The main criteria forming the basis for The Software 500 ranking included financial results of medium- and large-sized IT companies in 2011. The ranking takes into account income from the sale of licences, support and maintenance services, training, consultancy, and other software-related services.

The Software 500 is aimed at the CEOs and executive staff of IT companies. It reflects the status of the listed companies and the dynamics of the industry. The ranking is also a source of information and reference for large organisations looking for reliable business partners.