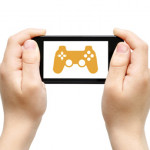 Already 1.9bn smartphone users play mobile games. In Poland, the number nearly reaches 7 million users. The market is growing fast, especially in the free-to-play model, which corresponds to as much as 90% of revenues from mobile games. According to Grzegorz Zwolinski, COO of T-Bull (Polish game developer), AR glasses and casual games (which do not require to spend much time) will be the future of the market.

The Newzoo analysis indicates that the mobile games and applications market will globally generate $44.8bn this year, while games are responsible for 82% of sales revenues ($36.5 bn). By 2020 the value of mobile game market is expected to exceed $58 billion.

According to We Are Social, 74% of Poles, that is more than 28 million people, have a mobile phone, out of which more than 6.5m are playing mobile games. Newzoo estimates that the revenues from games in Poland amounted to $408m in 2015, while mobile games accounted for 28% of sales revenues.

Poland is a relatively small market for mobile games, yet more and more companies are offering games for various platforms. T-Bull is one of the largest game producers in terms of number of downloads. More than 185m players already played the games from this Wroclaw-based studio. Only in July more than 9 million new players reached for T-Bull’s games (which means that around 300,000 new games are downloaded daily).