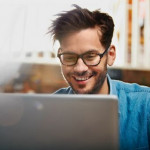 The Hungarian government awarded Chinese telco Huawei a no-bid contract, which could be worth as much as HUF 3 billion, to establish Hungaryʼs fourth mobile telecommunications network, according to reports.

According to a spokesperson for Huawei, “public procurement did not happen because MVM Net, according to Hungarian laws, is not obliged” to conduct such a procedure. MVM Net, the state-owned telecom, is reportedly overseeing the deal.

The installation of the 450 MHz government communications system involves the construction of 400 mobile towers to improve the signal and will also serve in the transmission of data, news portal index.hu said.

The overall project has a reported value of HUF 12.8 billion and Huawei will reportedly receive up to one quarter of that sum for its contribution to the project. Construction of the actual system will be carried out by state-owned telco Antenna Hungária – a company also chosen outside of an official tendering process. Antenna will subcontract the building of each station for HUF 32 mln, estimated to be three times the standard market price, according to online news portal hvg.hu.

At present, the network provides 30% penetration in Hungary and is currently being used in test mode for a handful of government applications, according to reports. The aim is for 95% penetration by March 2016, daily Népszabadság reported earlier.

In the past, officials in the U.S., U.K., India, Canada and Australia have reportedly raised concerns about the security of Huaweiʼs networks. U.S. officials, apparently using their own intelligence networks, have made charges that the company assists the Chinese government in spying on its customers – charges the company denies.