Dmytro Shymkiv, Deputy Head of the Presidential Administration: “We want the high-tech sector to become one of the pillars of this country’s future” 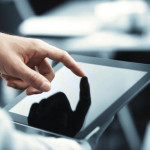 A technology entrepreneur with a rich background in Ukraine, Europe and the USA, Dmytro Shymkiv headed Microsoft Ukraine when he was appointed to the Presidential Administration in the months that followed the Maidan revolution. He shared with Ukraine Digital News his vision of Ukraine as a country of innovators and analyzes Ukraine’s first steps on the path to reform.

Below are the main excerpts from this interview. The full version is available in “High Tech Ukraine From A to Z,” a research study just released by Ukraine Digital News and AVentures Capital.

Recently you participated in an exhibition of Ukrainian inventions, presenting them in Kyiv and Washington. Do you believe that Ukraine is a country of inventors? Can it become a “tech nation?”

Throughout its history, Ukraine has been a country of innovators, of creativity, of smart people – people who invented and built famous things in a wide variety of areas, from the gas lamp to heart surgery, planes, hard drives, IMAX, electronics and aerospace. The fact that Whatsapp, Paypal and several other very successful tech companies were founded or co-founded by Ukrainians is no accident. So naturally we supported this exhibition and published a book on 50 inventions that Ukraine has bestowed the world – all with the aim of telling the story of Ukraine as a country of innovators.

Ukraine’s record in a range of international education and human capital […] indexes did not simply happen; they stem in good part from the historical legacy of innovation forged in our land in a wide variety of areas. And Ukraine will prove even more innovative in the future, I firmly believe, becoming a center for innovation and creativity in Europe.

Do the Ukrainian authorities believe that the IT sector should be run essentially by free market mechanisms, or that it deserves special government attention and strategy?

In 2011 new legislation was enacted specifying ICT as one of the nation’s priority development areas; unfortunately not much has been done since then to develop and promote the sector. The IT industry has been developed by the community’s own efforts, by the people themselves – the brainpower and willpower of those many Ukrainians who love innovation and dedicate their lives to it.

The question now is not only one of strategy, but of structuring a very clear execution plan. This is one of the initiatives that the president and the government will be focusing on: how we can ensure that the high tech sector will become one of the pillars of this country’s future. Look at Ukraine’s competitiveness in global investments: agriculture and biomedicines, chemicals and manufacturing materials, security and defense, precision machinery, radio electronics, aerospace, pharmaceuticals, telecom – all these sectors are closely integrated with high-tech.

So today we are pursuing two priority directions: first, to create more jobs for highly-educated, highly intelligent workers – which usually drives higher salaries/incomes, improved working conditions and higher ecological awareness along with a commensurate rise in innovation, foreign capital input and investment. Second, to bring more R&D to transform the country into a tech hub in which great companies can grow from scratch, rising from the idea stage to full fruition. The recent acquisition of several Ukrainian tech companies by international firms is clear confirmation that R&D activities can and do flourish in this country.

Which are the most important concrete measures taken by the government with regards in the field of IT since the Maidan revolution? Have they already had some effect in real life?

Technology was a key component of the Maidan revolution [in late 2013-early 2014]. Cloud computing and social networking actually enabled important connections at the time, allowing people to share the revolution’s ideas and news around the nation, even as many IT professionals were themselves on the barricades.

After Maidan, many initiatives were set in motion. First, we managed to launch 3G in the country through a tender in early 2015. This has brought 11 billion hryvnias into state coffers [nearly 279 million euros at that time] while citizens in more than 380 cities can already benefit from fully operational 3G networks.

After my appointment to the presidential administration, I insisted that we not just talk about e-government but actually build it. […] Several e-government services have been launched, including the ProZorro and the iGov.org.ua projects.

eData, another initiative driven by finance minister Natalya Yaresko, promotes visibility for all transactions involving the use of public funds. Electronic petitions, launched a few months ago, represent another great win. […] More than 3.5 million people have visited the site in the few months since its launch; of these some 700,000 users have used the service.

Today the most efficient way to achieve results is to deploy systems outside the government. Then we make sure that the government actually starts using the newly-deployed system. 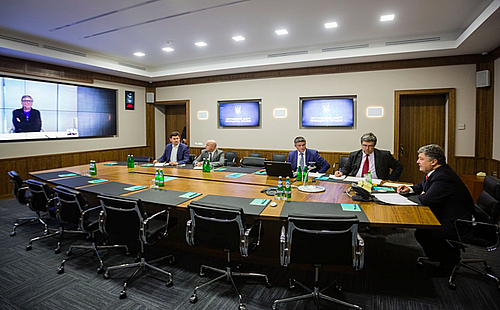 These and other digital programs and initiatives are being completed under the umbrella of the Digital Ukraine21 project. And we’re not about to stop there. High tech is definitely on the agenda for the government and parliament.

One of the state’s crucial missions is to promote Ukrainian businesses, to point out opportunities for young entrepreneurs. In the field of taxation and special tax regime areas, we need to find a model which would stimulate high-tech investment or re-investment without being discriminatory toward other segments of the economy. All this is currently under discussion in the parliament and in government agencies.

On the international side, Ukraine has joined Horizon 2020, which will allow us to launch products with the support of the EU. Several companies have already applied and are participating in interesting research projects in cloud technologies, software solutions and services, agriculture development, and other areas. […]

What would you like to say to international tech players about business/R&D opportunities in Ukraine?

Attracting foreign investors is a priority. In my discussions with them I can see that they have a strong interest in Ukraine. This has been demonstrated by Ericsson’s recent acquisition of a Polish-Ukrainian company with an R&D center in Ukraine. George Soros, too, has started investing in Ukraine, his first deal involved high-tech company Ciklum. Many more such moves are yet to come.

I would say to these potential investors: If you are not considering to invest in Ukraine, your competitors are. You will hear more and more stories about products designed in Ukraine, manufactured in China and sold in the USA. […] You have a great opportunity now to place your R&D here, whether you are in the IT, telecom, radio electronics, security, defense, or precision machinery business. […]

As Deputy Head of the Presidential Administration, Mr. Shymkiv is responsible for reforms coordination, innovations and change management in this administration. He is also co-chair of the Executive Reforms Committee and Secretary of the National Reforms Council, an advisory body to the president. The Committee’s main function is to prepare proposals for reforms strategic planning, coordination of reforms implementation and monitoring. Besides, Mr. Shymkiv is responsible for change management, reorganization, innovations and implementation of e-government in the Presidential Administration.