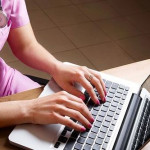 The planned switchover in Hungarian hospitals prompted by Microsoft ending support for its Windows XP operating system is expected to cost billions of forints because the upgrade to newer software will in many cases also require new hardware, business daily Vilaggazdasag said today.

Public segment lead director at Microsoft Hungary Viktor Sagyibo told the paper that around 30,000 personal computers are in use in Hungarian health-care institutions and over 90 percent still use Windows XP.

The discontinuation of software support for Windows XP since April 8 will make hospital IT systems vulnerable to security risks, the paper said.

Microsoft Hungary has started coordination talks with the state hospital operator GYEMSZI to find a solution. In cooperation with the National Infocommunications Services Company, Microsoft is working on a solution to provide immediate support at least in case of problems faced by government bodies, the paper added.