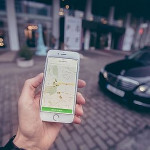 A Hungarian company wants to fill the gap left by ride-sharing company Uber when it pulled out of the country, daily Magyar Idők said on Tuesday.

The company, which was earlier a sub-contractor for Uber in Hungary, wants to launch its mobile application in the coming days. The company will circumvent the strict rules on providing taxi services in Hungary by renting vehicles to passengers, together with a chauffeur, the paper said, without revealing the name of the company.

The manner in which the services are offered is no novelty in Hungary, the paper added.

Its services will start with a small number of drivers and offer passenger rates higher than Uber’s but lower than the capital’s yellow cabs. Uber’s Estonian competitor Taxify will launch its service in Hungary on August 1, the paper noted. The company has said it will comply with all local regulations on taxis.

Uber suspended its service in Budapest on July 24. The company’s operative director for business in Hungary said regulatory changes made it impossible for Uber to operate locally, complaining of a lack of will on the part of policy makers to address issues. About 40 percent of Uber rides in the capital were ordered by foreigners.