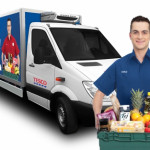 Web shop deliveries will be banned on Sundays, on public holidays and between 10pm and 6am on weekdays, the economy ministry said on Tuesday.

The ban is in line with a new law parliament adopted last December on restrictions to Sunday opening effective from March 15 this year, the ministry said.

The law affects retail businesses across the board which, with certain exceptions ahead of the Christmas holidays, will be restricted to opening between 6am and 22pm on workdays. This rule will apply to web shops, too, the ministry told MTI.

The opposition Egyutt (Together) party said it is a discriminatory and arbitrary move by the government to stop deliveries of online shopping orders on Sundays. The law passed by parliament on the ban on Sunday openings does not refer to online deliveries, Egyutt said in a statement, adding that the government is probably trying to rechannel some hypermarket sales to “Fidesz-friendly businesses”.