Large majority of Hungarians are into video sharing portals 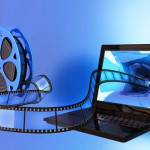 Nevertheless, 90 percent of adult internet users have a TV subscription, which means that TV remains the most popular screen for motion pictures. Having a sports channel in the subscription package was important to one thirdof the respondents.

A wide range of programmes free of advertisements is what adult internet users expect from providers of streaming or VOD services. Programmes that can be watched any time and anywhere are also deemed important.

Various streaming and VOD services are already competing to gain and keep viewers. It is “RTL Most” (“RTL Now”) that has proven the most popular among the respondents, presumably because it’s a free of charge service of one of the most popular Hungarian TV-stations. This is followed by HBO and Digi Online. All three service providers offer round-the-clock access with wide range of programme.

Researchers believe that Netflix, which was launched in January in the country, is not currently a major threat to Hungarian service providers because relatively few people are taking advantage of the free test period.

The situation can change if more dubbed content is introduced or at least more Hungarian subtitles and also a lower subscription fee and a wider program range (similarly to the offer in the USA).