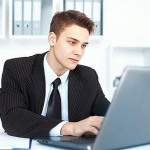 Currently in operation in Hungary is a cyber security system capable of identifying criminal organisations and minimising their activities, the daily Magyar Idok said on Friday.

The system also helps the Hungarian authorities fight terrorism, Zoltan Lomnici Jr, a constitutional lawyer, told the paper in connection with the plan by the US Congress to oblige social networking sites to report any sightings of activity which give rise to the suspicion of terrorism.

Lomnici said protections against terrorism in Hungary have been broadened and made more comprehensive, and it is possible that similar steps may be introduced here as those practiced in America.

The paper cited Attila Peterfalvi, chairman of the National Data Protection authority, who says social networking sites aid the work of law enforcement, too, since they get hold of information which can lead them to track criminals and terrorists down.