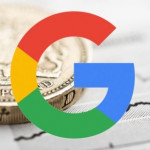 Hungary proposed to levy a withholding tax on internet companies such as Google, Facebook and Amazon at an informal meeting of EU finance ministers that took place in Slovakia’s capital Bratislava during the 10-11 September weekend, writes local paper Budapest Business Journal.

The so-called ‘Google tax’ was mentioned several times by the Hungarian government in the last period. Other European countries, including Czech Republic, Slovakia, Poland and Hungary, supported the measure at the meeting.

Hungary’s Minister for National Economy Mihaly Varga told the local media that international digital companies with operations in Hungary must share the public burden “like everybody else.”