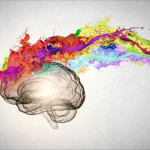 Cornell University, INSEAD and the World Intellectual Property Organization (WIPO) have ranked Hungary 33rd out of 128 countries in the Global Innovation Index (GII), which measures the innovation performance of countries based on 82 indicators, according to reports.

Hungary moved up the ladder from last year’s 35th, when a total of 141 countries were included in the ranking.

This year Hungary was given 44.7 points out of 100, which is a slight improvement compared to last year’s 43 points.

the report says. However,

“Hungary, now in the high-income group, shows rank improvements across all three main indices, as well as in the Innovation Efficiency Ratio, where it is now among the top 10 ranked economies,”

according to the report.

“Hungary, another middle-income economy identified as being on the heels of the high-income top performers in the GII 2015, changes its income group from upper-middle to high income this year,”

In the surrounding region, Austria, the Czech Republic and Slovenia ranked ahead of Hungary in 22nd, 27th and 32nd place, respectively. Slovakia ranked 37th, Poland 39th, Croatia 47th and Romania 48th, according to the report.

The full report is available for download at the official webpage of the index.