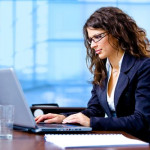 Plans to tax users monthly rates for the amount of internet they use sparked demonstrations acorss the European country attended by tens of thousands of people.

Viktor Orban, the Hungarian prime minister, announced the government had put the tax plans on hold, adding there would be a “national consultation” about the internet in January.

“The internet tax cannot be introduced in its current form,”

the prime minister said in a radio interview.

“My problem is not that people oppose a tax. Here people question the rationale of the issue. Nothing can be introduced in these circumstances. This debate has been derailed.”

“We want to govern with the people,”

The proposed levy on internet usage had sparked some of the biggest demonstrations seen in Hungary in recent years with as many as 100,000 taking to the streets of Budapest on Tuesday to voice their anger over it.

As an indication anger and resentment over it was not just confined to the capital, Thursday night also saw anti-tax rallies in three other Hungarian towns, with protestors claiming the tax would restrict internet access and was an assault on the freedom of information.

Protests also continued despite the government deciding to reduce the tax and cap it at just under GBP 2 a month for individuals and GBP 13 a month for companies in an attempt to mollify public anger.

The tax had also sparked opposition from the European Commission, which labelled it a “bad idea” and part of a “pattern of actions” that limited freedom in Hungary.

News of the government’s decision to suspend the levy was greeted with jubilation by its opponents.

“Let’s make it clear that this was a victory for the Hungarian people over stupid governance,”

said a statement posted on a Facebook page with over 200,000 likes that has become an anti-tax rallying point.

“It has showed Orban that he should remember never to introduce restrictions on the freedom of information.”

Messages on the page called for people to rally once again in Budapest on Friday night to not only celebrate the “victory” but also make it clear to the government they would not tolerate the imposition of any internet tax in the future.

The government had argued it was only fair the internet should start to carry some of the burden of taxation at a time when its usage was growing at the expense of traditional, and already taxed, telephone communications.

The decision to suspend the tax comes as a rare setback for Mr Orban and the government dominated by his Fidesz party.

In April Fidesz cruised to a successive general election victory, and in October re-enforced its status as the dominant political force in Hungary with a commanding win in local elections.