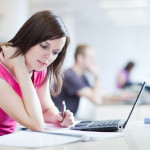 Work has been completed on creating a background IT system suitable for introducing a national electronic identification card (NEK) which integrates ID systems for various state and local government services, officials of the central office that manages the project said on Tuesday.

The government submitted a bill earlier this year on introducing a new chip card which carries relevant data for a variety of purposes such as an individual’s residence permit, tax number, health-insurance number and driving licence.

Eventually the 800 million forint (EUR 2.56m) database may even unlock access to transport, education, cultural and sports services via the e-card, the project manager of the Central Office for Administrative and Electronic Public Services (KEKKH), Jozsef Varga, told a press conference.

The planned application process includes verifying the personal identity of an applicant, taking a photograph as well as a signature. The data would then be keyed into the KEKKH’s central database.