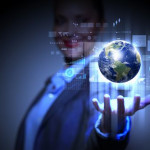 The government has completed a nearly HUF 3 billion project to take all governance related IT procedures under state supervision.

While it is heralding the results, the actual operation of the system is showing there may already be patches needed.

February marked the conclusion of the project known as the “government cloud,” a HUF 2.85 billion IT development program fully funded by the European Union. The government announced on February 21 that the project has succeeded in replacing outdated technologies and unsafe operating capacities had been replaced by more efficient and more secure alternatives.

“We have concluded a long process, that was followed by a consolidation, which in turn paved the way for extensive developments,”

Vilmos Vályi-Nagy, the state secretary in charge of government IT development, told reporters.

The bill that laid out the terms of national data wealth protection was drafted in 2010 and still serves as the basis for the operation of the agencies and state institutions involved. The purpose of the strategy passed at the time was to regain state supervision over various tasks involving data that had been outsourced under previous governments, Vályi-Nagy said, including sensitive digital material like programs and source codes.

Vályi-Nagy stressed that the venture’s strategic goals were also necessary since the pre-2010 governance had led to a chaotic situation in the services provided to support government IT procedures. The campaign also allowed the launch of multiple streamlined solutions that create for more efficient operation of the state computer infrastructure.

This “insourcing” effort fits in perfectly with the Fidesz government’s approach of removing as many of the functions crucial to the operation of the state as possible from the market, and preserving or establishing central supervision.

Previous governments opted for a different approach. There was even a ministry at one point to oversee the rollout of digital technology in the country. Vályi-Nagy added that the changes over the years have created widespread confusion about propriety rights for software and technology that are important to the operation of the state.

The centralization plan hit several obstacles during its implementation. While the ministry is heralding the revenues generated from electronic road tolls, it should also be noted that the project was months behind its original launch date. Arguably, this was because the original deadlines made for an unrealistic timeframe.

Most recently, the state’s computer systems made headlines when the new digital election system collapsed on the very day of its formal launch. Because of the failure, the national elections office NVI had to revert to an earlier system to print out the registration forms for candidates entering the upcoming general elections, reported the Index.hu news website. Index said that there had been forebodings of trouble ahead of the launch, since the related hardware was late to arrive in many cases and there were also problems regarding configuration of the HUF 1.5 billion setup.

Head of the NVI Ilona Pálffy later dismissed the report, saying there were no hang-ups in the administrative process and that everything worked fine, despite a leaked letter to the contrary. Nonetheless, the events have sparked criticism of the government’s centralization drive.

Hungary is by no means unique in having problems when it comes to comprehensive computerization efforts. One of the most prominent and persisting stories in the United States is the failure of the state to process war veterans’ welfare applications. The issue is caused by a lack of compatibility between the affected institutions’ computer systems, which means there are thousands of paper-based applications that aren’t getting processed.

The Veteran’s Affairs office is also receiving criticism for delays on the issuance of various health supplements as well as data breaches that are being perceived as signs of faulty IT infrastructure and the lack of related competences.

According to the National Development Ministry, the state spent an annual HUF 100 billion on IT services in the past, which has been reduced by 30% or HUF 30 billion as a result of the government cloud venture.

The system is connected to 3,000 points within the state bureaucracy and another 5,000 points in education facilities. Thanks to the rollout, the ministry calculated that it was also able to reduce the expenses of landline phones by 40%.