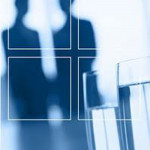 Intetics Co. is proud to announce its sixth consecutive entry into The Global Outsourcing 100, a list compiled by IAOP (The International Association of Outsourcing Professionals®). While the official 2012 rankings will not be released until June, Intetics awaits the rankings with anticipation, as it once again made it to the Outsourcing Rising Star sublist. Only last year, Intetics was named the number one rising star.

The President of the company, Boris Kontsevoi, expresses his excitement about making it to the list for six consecutive years: “Being on the list shows that all the hard work we put in, is actually evident to people outside the company as well. While the global competition is increasing, I am happy to see that Intetics still has plenty to offer.”

The 2012 Global Outsourcing 100 recognizes the world’s best outsourcing service providers. These rankings are based on applications received and evaluated by an independent judging panel organized by IAOP as well as client evaluations. The 2012 panel is led by Jagdish Dalal, COP, IAOP Managing Director of Thought Leadership, and President of JDalal Associates, LLC. The panel included six additional judges from universities and companies alike, who are experts in the world of outsourcing.

“Because of the rigorous application and acute judging processes involved, The Global Outsourcing 100 rankings not only help companies make better-informed purchasing decisions, they raise the bar for excellence in the industry,” commented IAOP CEO Debi Hamill.

Being on the list is thus a great tribute to Intetics’ abilities, expertise, and commitment to constant improvement of its services.

“We have seen tremendous growth, maturity and expansion of services among outsourcing service providers as we publish this 7th annual list of “best of the best” globally,” said Jag Dalal. “Clearly, the clients of the nominated companies appreciate the value they receive.”

Regardless of the actual rankings in June, Intetics will continue to provide outstanding service and knows that in spite of strong competition, the services they offer are of world-class quality.