Poland to integrate ID cards in smartphones in 2017 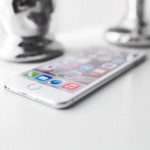 Poland plans to implement ID cards in smartphones in 2017. The application will be available as part of the mobile version of the government portal for citizens, obywatel.gov.pl, which gradually integrates all procedures of e-administration in Poland.

As the minister of digitalisation Anna Strezynska told the Polish press agency PAP, there are 19 million smartphones in Poland and an average Pole uses his mobile device three hours a day, and this trend is growing.

The government plans to create both an ID card with a chip and a mobile application for flexible usage of the ID card. According to Strezynska, the new system of e-administration will be based on the portal obywatel.gov.pl, integrated with the platform ePUAP.