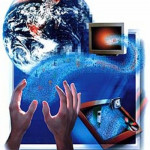 In April 2012, Infopulse has given the first training module in Cobol, an old programming language, to one of its customers – a large Ukrainian bank.

Owing to their reliability and performance, legacy systems are still used by many companies. Thus, today Cobol is used to process numerous financial transactions around the world. Infopulse Ukraine has vast experience in support, development and re-engineering of such legacy systems.

This project did not involve the usual services of system development or support but a different direction – training of the customer’s employees in the area of Cobol programming.

Over the years, Infopulse Training Centre has been regularly providing different courses for its team members, students and young professionals. But the training in Cobol for the customers was the first in its series.

The individual programme according to all customer’s requirements and requests was developed by Yurii Fedorov, Infopulse trainer and a highly experienced Cobol developer. The programme consists of three modules and includes gradual learning of this programming language from the basic level to the customer specific niceties of the code writing.

In the course of learning, different situations were simulated, including ‘ridiculous’ ones that experienced programmers will be unlikely to use in their work. It even helped to detect several errors in the software that were reported to the software company
Yurii Fedorov, Cobol-developer, Trainer

The first module of the programme has already been held in April and culminated in the independent Brainbench tests that showed excellent work of the trainer: all trainees successfully completed their tasks and received certificates.

In this project Infopulse presented itself as a knowledge holder in such rare area as legacy systems, and namely in Cobol. We proved to not only deliver the projects of any level of complexity quickly and seamlessly, but also to share our experience with our customers and partners
Alexander Maslikov, the Account Manager of the project