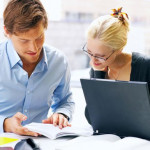 Despite the political turbulence provoked in the Eastern part of Ukraine as well as annexation of the Autonomous Republic of Crimea, Intellias reassures that business continuity remains the highest priority of our company and the business operations of the company remain unaffected.

For the past months Intellias has been continuously delivering services to its clients and has not lost a single working day.

As most of the activeevents have been happening in Kyiv and the Eastern part of Ukraine (1200km from Lviv), our city Lviv has remained completely peaceful during the last months. Most of our clients, who have planned their visits in advance or ad hoc, did not cancel them and even took part in some activities during Euromaidan events.

Our customer from Denmark Ebbe says,

“We are happy to be doing business in Ukraine and happy to be doing it with Intellias, who have kept us well informed during the whole process. I’ve been in Lviv twice during the protest actions in December and January and was impressed by the strength of the Ukrainian nation, ability to self organize and remain positive even in the darkest of times. I fully support people of Ukraine in their endeavors to establish democracy and rule of law in their country and am grateful to my Intellias team, who despite the events in Ukraine did not miss any deadlinefor our project.”

Being a company with a strong orientation towards European values, we strongly support the idea of Ukraine’s unity, territorial integrity and the European choice of the Ukrainian nation. We are convinced that only diplomatic resolution of current conflicts with the respect for human rights and the rule of law will ensure the best political scenario for Ukraine.

From our side, we ensure safe and comfortable working environment for our employees during the current events and our commitment to deliver the best possible services to our customers in compliance with our core values of transparency, client orientation and acting according to our contract obligations.

Being a well-established company with a nearshore development center in Ukraine and a representative office in Switzerland, Intellias can offer its clients cost-effective professional software development and quality assurance services.

The company has been successful for years in German-speaking Europe and recently in Benelux. The whole range of Intellias software development services relies on project-based outsourcing, dedicated development center and cost+ service models. Some of the renowned companies that take advantage of Intellias services include RTL Group, Swissclick, SEP and LTV Gelbe Seiten.

KPMG highlighted Intellias as one of the leading IT-BPO providers in Lviv, also the company was nominated as Lviv’s best IT employer for 2010, 2011 (DOU).