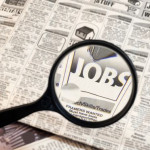 Arranged by the Board of European Students of Technology on March 19, 2014, the event attracted the major IT, telecommunication and manufacturing players of the Lviv region and acted as a platform of networking and interaction between the students and potential employers.

The goal of the Engineering Job Fair was outlined by the organizers as enabling students to become true professionals in one of Lviv’s leading companies.

7th Engineering Job Fair is a significant event not only for the Lviv Polytechnic National University, but also for other universities in Lviv region, since besides facilitating connections between young professionals and region’s top companies, the organizers also introduced a series of trainings and seminars as well as discussion of Lviv’s businessmen success stories.

With the 16% of Ukraine’s IT professionals, the city is also an important center for the university-based education as well as different programming and testing courses and even hosts Eastern Europe’s first Master of Science program in Technology Management. Since Lviv Polytechnic National University is considered one of the most reputable institutions for Computer Sciences and Programming education in the Western Ukraine, it is no wonder that IT companies and students were at the main focus of the event.

For HR representatives of Intellias, the time spent at the Engineering Job Fair was exceptionally productive. In addition to communicating with the students and young professionals, who were interested in the company’s offerings, Intellias delivered a presentation on its main highlights of 2013-2014, important corporate initiatives as well as informed on the recent job openings.

Being a well-established company with a nearshore development center in Ukraine and a representative office in Switzerland, Intellias can offer its clients cost-effective professional software development and quality assurance services.

The company has been successful for years in German-speaking Europe and has recently launched a Dutch market entry campaign. The whole range of Intellias software development services relies on project-based outsourcing, dedicated development center and virtual captive service models. Some of the renowned companies that take advantage of Intellias services include RTL Group, Swissclick, SEP and LTV Gelbe Seiten.

KPMG highlighted Intellias as one of the leading IT-BPO providers in Lviv, also the company was nominated as Lviv’s best IT employer for 2010, 2011 (DOU).