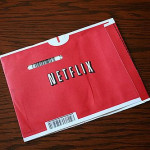 Online video streaming service Netflix launched services in Hungary yesterday, and in more than 130 countries simultaneously, including all Eastern European countries, according to reports.

Co-founder and Chief Executive Reed Hastings made the announcement yesterday in Las Vegas in his keynote speech via live stream. With the move Netflix has expanded its global reach from 60 countries.

New subscribers in Hungary will receive their first month for free, with package prices ranging from €8 to €12 per month after the trial period.

“Today you are witnessing the birth of a new global Internet TV network,”

Hastings said in his keynote speech.

“With this launch, consumers around the world – from Singapore to St. Petersburg, from San Francisco to Sao Paulo – will be able to enjoy TV shows and movies simultaneously – no more waiting.

With the help of the Internet, we are putting power in consumers’ hands to watch whenever, wherever and on whatever device,”