The best IT internships are in Future Processing 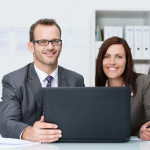 This is the opinion of the organisers of ‘Best Silesian Internships of 2015’ which was expressed during the official gala.

This year there were 42 companies competing against each other and the 1st prize went to Provident – financial institution offering cash loans, a part of an international group International Personal Finance.

The Gala that took place on 20th of November 2015 in Katowice and was organised by Paideia – Student Self-Government Foundation of University of Silesia.

The foundation was cooperating with Ministry of Science and Higher Education and Career’s Office of University of Silesia. The representatives of the above-mentioned organisations gathered to choose the best internships in the Silesian region.

Companies that took part in the contest must have filled extensive surveys, where they presented most important details on their internships, such as types of tasks, the way they are suited to the trainees according to their future needs, etc.

The questionnaires were then sent to career offices, where they were evaluated by students and later by the jury of the contest.

The host of the Gala claimed that Future Processing’s offer stood out from the other IT companies due to its educational character:

“Future Processing emphasised that internship is not only about work, but also about the education. Trainees don’t just carry out the IT projects, they solve abstract exercises, which force them to think in more creative way and support team work. Thanks to this formula, training graduates can easily start working as software engineers.”