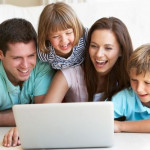 While each big brand is exploring ways to capitalize on wearables, Apple is already at the stage of presenting their concept.

And creating hype, of course. Will it meet user expectations, or should you look for alternatives?

I’ve asked two of our iOS developers what they think about Apple WatchKit, as they are very likely to be working A LOT with it soon. Here’s the feedback I got.

“The thing is Apple Watch is not even out yet. It looks like we’ll have to wait another three months or so to see it shipping.

By now all we have to check out is just the basic concept, spiced up with some images.

There’s of course the WatchKit SDK, which comes with the Beta Xcode, but what it does is merely a useful working prototype. We cannot even develop anything using the built-in Bluetooth and Wi-Fi.

Basically, now it’s an iPhone-dependent device, which is inseparable from your smartphone. All the code runs on the iPhone, and all the Watch gets is just rendered images. As a developer I’d say there’s not much interesting in WatchKit by now.

However, there’s no doubt Apple will refine the concept and further polish the design, creating a great wearable to be added to the Apple family”.

“What we have now is in fact a potentially groundbreaking product for Apple. The thing is that here Apple has no definitive leadership yet.

I mean there are a number of providers who’ve realized the concept more or less successfully. As for the software and the development kit – it’s a bit too early to make any predictions.

There are a number of possible user stories and cool features, but still – as a developer – you have no direct access to those features! Given we’ve no access to Taptic Engine (a linear actuator inside Apple Watch that produces haptic feedback), the concept is pretty raw at this point.

However, we all know Apple’s capability of shipping great devices even after the community has. Let’s say that the absence of standalone apps is an issue of the earliest stage of the product’s lifecycle.

That won’t be the case in two to three months from now. We better use this time actively creating great concepts to apply and add value to the Watch at a later stage”.