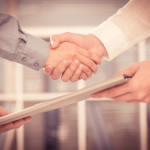 Logo Software Investment S.A. acquired TotalSoft shares for an enterprise value of €30 million and an equity value of €30.25 million. Total Soft had an EBITDA of €3.48 million in 2015 and is expected to reach an EBIDTA of €4,3 million in 2016.

Liviu Drăgan, founder of TotalSoft will continue to lead the operations of the company as CEO.

The non-binding agreement signed between our Company and Ferabosco Investments Limited and South Eastern Europe Fund LP on April 4, 2016 for consideration of a share purchase in Total Soft S.A. in Romania has been successfully concluded.

Logo Software Investment S.A. – a 100% subsidiary of Logo Yazılım Sanayi ve Ticaret A.Ş. acquired 100% of Total Soft shares for an enterprise value of €30 million and an equity value of €30.25 million.

According to the estimates of IDC and PAC, Romanian EAS market is expected to grow with a EURO CAGR of 8.3%-12.1% over the next 5 years. Total Soft with its enterprise level customer portfolio is a leading player in this market and is one of the few companies offering end to end services.

The acquisition of Total Soft is expected to enable Logo’s growth in international markets, gain a competitive position in specialized vertical markets like finance, leasing, medical and agriculture, provide an opportunity to tap the highly qualified R&D pool of Romania and be able to transfer Logo’s SME know-how into Romania.

Due to prevalent synergies we expect the acquisition to contribute to our continuing growth in coming periods.