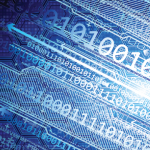 METRO SYSTEMS – the internal IT provider of METRO GROUP that advises the companies belonging to the retail group (like real,- and METRO/MAKRO Cash&Carry) in all aspects relating to IT and manages their IT infrastructure – has chosen Comarch EDI as the new EDI service provider. The EDI communication between 234 hypermarkets and more than 20,000 sales partners in 24 countries all around the world was migrated to the Comarch EDI platform during the project.

METRO decided to migrate to Comarch because of business opportunities related to an advanced Comarch EDI solution, which replaced the previous tool utilized by the company. The main purpose was to streamline collaboration with suppliers and their ERP systems.

Comarch EDI provides information about purchase orders, shipments and confirmation of goods receipts, as well as EDI Invoicing and integration with other EDI solutions that are being used by suppliers. Moreover, electronic documents guarantee the security of data transfer and eliminate errors made during manual data entry. The significant benefit of Comarch EDI is the reduction in the number of paper documents, which significantly reduces operating costs.

“Employees at our stores keep in contact with many suppliers and issue hundreds of orders every day. This is why continuity and efficiency in exchanging documents with suppliers is so important, especially when they refer to orders that are realized within a few hours on the same day.

There is no room for any error or misunderstanding. Processing the paper documents would be extremely difficult to coordinate, time-consuming and problematic – that’s why we already had an EDI solution. Comarch EDI significantly improved METRO SYSTEMS’ business communications with suppliers. What is more, it allowed for rapid decision-making and appropriate responses to the variable business environment”,

Comarch EDI ensures the accuracy of data flow between METRO GROUP and their suppliers. At the same time, the system enables the integration of all used formats in different data sources and processes – such as EDIFACT, Flat File, Web EDI, Classic EDI – and translates the document format to a format appropriate for the partners, and the partners’ formats to the format used in the company.

The system benefits users in many ways, such as the automation of error-handling processes, which has caused a dramatic reduction in the number of errors in communication between applications that were made during manual data entry.

The project also introduced the Comarch EDI Tracking module, which allows a preview of the status of proceed documents, verifies their compatibility with the master plan orders and checks the date when the supplier received the order.

Currently the system integrates communication between 234 stores and over 20,000 sales partners in 24 countries all around the world. However, the flexibility of the platform makes it possible to include new types of documents and new partners at any time. The users of Comarch EDI at METRO GROUP have 24/7 support available.

“We are proud of our partnership with METRO SYSTEMS and that this worldwide company relies on Comarch’s solutions. Thanks to the well-organized cooperation between METRO SYSTEMS’ employees and Comarch EDI specialists, all EDI connections between METRO GROUP and its business partners have been migrated in an efficient way from the previous EDI Provider to Comarch EDI”,

“Currently, we are conducting Managed EDI Services, which means that we are responsible for the daily operations of the EDI Platform that is running for METRO GROUP and its business partners.”

METRO SYSTEMS provides IT services and manages IT systems for the METRO GROUP (in particular for METRO/MAKRO Cash&Carry, real, and other sales brands). METRO GROUP is one of the largest and most important international retail and wholesale companies.

The company employs 250,000 members of staff and generated sales of approximately €63 billion in the financial year 2013/14. The company is represented in approximately 2,200 locations in 30 different countries.