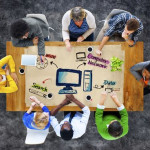 Microsoft Hungary is offering a free one-year subscription for all Office 365 services in addition to one terrabyte of cloud storage for customers who buy either a Lumia 640 or a Lumia 640 XL smartphone between April 1 and June 30, the company announced today at a press conference.

Microsoft’s press release noted that the devices will be compliant with the Windows 10 operating system update which is scheduled for release this summer free of charge.