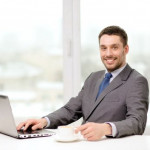 Miratech and its client, Nordic Capital majority-owned Lindorff are delighted to announce that the European Outsourcing Association (EOA) has announced the companies as winners of the organization’s prestigious European IT Outsourcing Project of the Year Award.

The project executed was the largest and most complex ever undertaken by the two companies, involving a complex accounts receivable services roll-out for one Lindorff’s biggest clients in Finland. Miratech created an accounts receivable service management platform for Lindorff’s client and was responsible for all aspects of architecture, implementation, deployment and the migration of 20 years of legacy dataset. Miratech performed the massive legacy data migration in 1 day with zero defects.

The European IT Outsourcing Project of the Year award was open to buy side, supplier, and support organizations. Projects were judged in the following categories: strategy, partnership approach, benefits realization, best practice and governance, and innovation. Winners were announced at the EOA Leadership Summit & Awards in Lisbon, following an anonymous vote by recognized outsourcing professionals and industry experts who served as anonymous judges for the competition.

“We were excited to have had the opportunity to help Lindorff with this major account receivables service rollout. We are thrilled to be selected, along with Lindorff, as the award winner.”

Miratech is asked to serve in some of the most demanding global IT environments, trusted to build the highest-performance R&D teams to support clients with remote and on-site management of IT systems, security and development of software applications. Founded in 1989, Miratech has corporate headquarters in Stockholm and Washington, DC. Miratech serves its customers in 560 cities globally. The company has R&D centers in Poland, Slovakia, and Ukraine, 870 employees, 6 delivery locations, 60+ partners and SME’s globally.

Miratech is ISO 9001, CMM Level 3, and ISO 27001 certified. The company has been ranked highly in major industrial ratings, including the Global Services 100, by Global Services; the Software 500, by Software Magazine; and The Global Outsourcing 100® and Best Five Companies in Eastern Europe, by IAOP®.

Lindorff is a European credit management company with 3,100 employees in 13 countries and headquarters in Oslo, Norway. The company’s net revenue in 2014 was €475 million. Lindorff is majority owned by Nordic Capital Fund VIII.

The EOA was started by British National Outsourcing Association (NOA) in 2004, and serves as an umbrella for national outsourcing trade associations throughout Europe. Its members are European companies who outsource significant business processes or infrastructure, as well as the suppliers and legal/consultancy/service companies that support the industry. The EOA is the voice, forum, and champion for Europe’s business outsourcing community. It has chapters in the UK, France, Netherlands, Belgium, Germany, Spain, Italy, and Austria.