Average mobile internet consumption in Romania at 167 MB per month 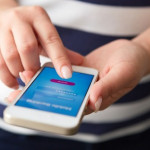 The average mobile phone user needed 167 MB of internet, sent 74 national SMS texts and spoke for 251 minutes monthly for the first quarter of 2015, according to telekom watchdog ANCOM, cited by Agerpres.

The ANCOM data showed that the average mobile phone and mobile internet user registered on Veritel.ro (an online app from ANCOM) sent 64 of the monthly 74 SMS texts within their own network and 10 outside, and used 193 minutes for calls within the network and 58 minutes outside.

Moreover, the occasional mobile phone user consumed 56 MB of internet, sent 24 SMS texts and had calls of around 83 minutes from their own device, per month.

“The intense mobile phone and mobile phone internet user consumes monthly 501 MB internet traffic, sends 222 SMS texts nationally and makes an average of 753 minutes of calls from their own device both in the network (579 minutes), and outside the network (174 minutes),”

Compared to the user profile for the previous period when data was recorded, there was an increase in traffic outside the network on all consumption segments, due to the institution regulating the maximum value practiced by network operators for tariffs applied when ending calls in mobile networks and, at the same time, the fact that network operators focused on offers with unlimited national minutes included, states ANCOM, as cited by Agerpres.

Veritel.ro also updated the consumption values for the occasional, average and intense users of land lines. As such, the average user of a land line phone makes monthly calls of 45 minutes in the network and 33 minutes outside the network.