Mobiles Still Used by Most Hungarian Youth for Calls – Study 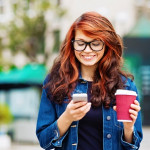 Most young people in Hungary (78 percent) still use their mobile phones primarily for making phone calls, but the second most common activity (72 percent) is using various messaging apps such as Facebook Messenger or Viber, according to a survey conducted by Telenor in seven countries.

Viber and other chat apps are more popular than texting, the research also found. The study was conducted by Telenor Research, the research arm of Telenor Group, among mobile users aged 16-35 years in Thailand, Malaysia, Pakistan, Norway, Sweden, Serbia, and Hungary.

While Hungarian youth consider traditional voice calls to be the most important service, they spend more time using messaging apps.

More young people use their mobile phones for sending e-mails (57 percent) than for sending SMS messages (28 percent) on a daily basis. Nevertheless, the popularity of Sykpe and other internet telephony services are not too popular yet.

They are used by 28 percent of respondents on a daily basis, while daily video calls are made by only 20 percent of users.

Internet services are already more popular than traditional services with Malaysian and Thai youth. Serbia has by far the highest share of young people who use ordinary phone calls and SMS on a daily basis: 94 percent make mobile voice calls at least once a day.

In terms of the everyday use of messaging apps, Hungarian youth are ahead of their counterparts in the Nordic countries or Pakistan, but their lag behind young people in Serbia, Malaysia and Thailand.

Besides communication, more and more people use their smartphones for gaming which is particularly popular with Hungarian, Thai and Malaysian front-runners.

Young people in Malaysia, Thailand and Serbia stand out as the most eager users of messaging apps. In addition to chat apps, internet-based voice and video calls have also gained ground, with the most avid users being in Thailand.