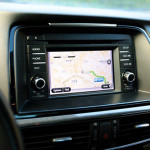 A navigation system developed by NNG and customized for Ford’s needs is used in three new Ford models in 50 countries of the seven regions in the world, reports Napi.hu.

According to the announcement, the first Ford Explorer, Expedition and Mustang models will be introduced no later than this fall.

NNG developed unique features for certain markets which are appropriate for the local needs such as the Mekka search in the Arab region or the complete off-road support in Africa. The software can handle the local languages and dialects.

“It is a great pleasure for us to have a brand among our partners which has a huge history, and which is active on the global market. We worked in a tight collaboration with the engineers of Ford throughout the project.”

NNG Kft, established in Budapest, develops top-notch navigation solutions for the global vehicle industry based on the NavFusion Platform of the corporation; it combines the navigation and cloud-based services built in the dashboard with smartphone support.

NNG aims to develop brand-independent solutions, which can be personalised, make transporting safer and the driving experience better. According to the plans, the iGO navigation system of the company will be used in more than 30 million vehicles of 30 global car brands in the next few years.

NNG keeps and strengthens its presence all over the world and operates 12 offices and 4 agencies in Australia, Brazil, South-Africa, the United States, Hong Kong, India, Israel, Japan, China, Hungary, Germany and Switzerland.

The Budapest based company employs 1000 employees right now and operates a development centre in Szeged. According to the public database, the consolidated income of the company increased from the 23.7 billion HUF of 2014 to 26.8 billion HUF in 2015 and the after-taxation income developed from 6.47 billion HUF to 7.51 billion HUF.