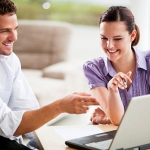 As we announced back in April 2015, Odessa IT companies including Intersog gathered to discuss whether Ukraine’s Top 5 IT city needs own IT Cluster, i.e. consolidation of all software industry players, both product companies and outsourcing service providers, for the purpose of improving local tech education, investment attractiveness and collaboration between business and state authorities, as well as sharing knowledge and deals in order to keep them within a region.

On August 17, 2015, Odessa IT community officially announced the launch of Odessa IT Cluster that will be based out of Terminal 42 co-working space.

The initiative has already been supported by over 30 local tech companies including Intersog, Augmented Pixels, Clickky, Luxoft, NetCracker, Provectus, DataArt, Lohika, Ciklum, Sigma and many others.

Some of the city’s IT educational centers and projects have supported the Cluster as well; among them are Hillel International School, GeeksLab and our Intersog Labs.

IT Cluster members have created a Roadmap of development projects and initiatives that will kick off starting September 2015.