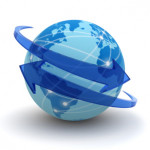 In July 2013, Mr. Werner Hans Lauk has been officially appointed Ambassador of the Federal Republic of Germany in Bucharest. Last week, on the 12th of November 2013 he made his 1st official visit to Cluj-Napoca and held a special lecture “Deutsch-Rumänische Wirtschaftsbeziehungen. Chancen und Herausforderungen.” („German-Romanian Business Relations. Opprtunities and challenges”) hosted by the Babes-Bolyai University.

On the occasion, Mr. Werner Hans Lauk – Ambassador of the Federal Republic of Germany in Bucharest, was welcomed by Mr. Ioan Aurel Pop – rector of the Babes-Bolyai University and has also visited a few companies from Cluj and has met the local municipality and county authorities. According to his lecture and the press declarations, his excellency considers that there are a lot of opportunities for German business owners to invest in Romania.

It is important to note that Romania today, and Cluj in special, offers many possibilities to study in German language from the early nursery schools to the tertiary education institutes. Babes-Bolyai University has a well-established German study line and there is a plan that the Iuliu Hatieganu Medicine and Pharmacology University sets up a German language medical study line (along the English and French ones). Over more, there is a living Sachsen descendants community in Transylvania that keep good relationships with their peers from Germany.

Cluj-Napoca hosts today 528 companies having German capital and their investment value has reached 35 million Euro. The largest German speaking businessmen club from Romania is also situated in Cluj-Napoca: Deutschsprachiger Wirtschaftsclub Nordtransilvanien and has about 80 corporate members. We must also count the notable presence of the German Cultural Center from Cluj – Napoca (DEUTSCHES KULTURZENTRUM KLAUSENBURG) which in partnership with the Goethe Institut from Bucharest and the Babes-Bolyai University is actively involved in the local community with interesting cultural projects.

At Codespring, we have developed long-term partnerships with German software development companies and we are looking forward to further develop our business relationships in this direction.