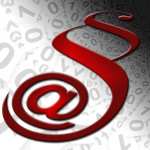 A commonplace business tool, an operational strategy, the industry of the 21st century: it’s all about outsourcing. In a world of global relationships outsourcing addresses the increasingly competitive market demands for cost-effective, better and faster services. Companies of different size and from various sectors have access to the global supply pool.

A recent report conducted by the Corporate Executive Board revealed that outsourcing is the fourth most common restructuring activity that the surveyed companies plan to implement in the coming year. Moreover, outsourcing helps companies to overcome present economic recession by creating jobs for young, flexible graduates. In view of that, companies practice a more efficient allocation of work from a cost perspective. In the long run, increased trade will create new jobs that will outweigh the job losses incurred in the short term. This way, outsourcing enables companies to develop competitive advantage in other areas. In addition to this, enterprises can better cope with and capitalize on changes in their industry. But where exactly to address on the global market for outsourcing services?

Romania is included in the top 10 emerging outsourcing destinations in the Outsourcing Business supplement distributed on June 11th, 2012 by The Times Magazine, in association with the National Outsourcing Association (NOA). Wage inflation and rising staff attrition are undermining India’s outsourcing attractiveness and direct global outsourcing attention towards other destinations of choice. Other nations are seeking to grow their participation on the $370 billion outsourcing market. Romania is ranked 6th globally in the Times Outsourcing Business supplement, preceded by Jamaica, Chile, United Kingdom, Ghana and Poland, and followed by South Africa, Russia, Vietnam and The Philippines. The Times report points out that although it may not seem an obvious choice, Romania has an ever increasing reputation as an attractive outsourcing destination and the country in becoming leader in IT outsourcing, particularly for chip design, embedded software and information security. With more than 100 universities, Romania is renowned for its high quality labor pool with language and mathematics skills in abundance.

According to a study made by the National Institute for Computers, published by Mircea Vuici this month, Romanian IT&C industry is expanding on a positive track: the IT sector (software and hardware services and electronics) followed a strong upward trend in the years 2010 and 2011, however, Romanian telecommunications sector showed significant attenuation of contraction. Total turnover of ICT has increased by 8% in 2010 and by 2% in 2011, recovering the contraction from 2009 and returning to the amount of EUR 9.4 billion from 2008, the year before the crisis. Production and services sector had a similar development. Total IT&C and exports continued to grow throughout the crisis and post-crisis amonting EUR 4.7 billion, exceeding by 55% the 2008 level.

Growth was mainly determined by the hardware and electronics sector, where exports have doubled, but software and services sector contributed to the expansion as well, showing an increase by 37%. The number of total IT&C employees has stabilized at 119.000. Overall positive dynamics is the result of uneven development in the three sectors of IT&C affected differently by the domestic and external demand.

Bucharest. The capital city occupies the pole position in the Romanian IT&C industry, giving 67% of the country’s turnover, 56% of the number of employees and over 60% of the GDP contribution of all three subsectors – software and services, hardware and telecom. A drop of 10% in the contribution of Bucharest to the industry turnover during the last two years is a clear indication that the capital loses ground in favor of the North-West region. 27 of the 30 biggest companies in software and services and 190 of the 290 companies with revenues over EUR 1 Million are based in Bucharest; the city is home to local companies, integrators and solution providers, as well as support and R&D centers of IT multinational companies Timisoara. R&D activities in Continental Automotive (+50%) contributed to the IT sector expansion of the city. Add tot hat the activity of software development and outsourcing companies of AICI Worldwide, Saguaro Print, OCE Software, Internet Marketing On-line, Berg Computers.

Cluj. After Bucharest, Cluj is the second city by the number of software and services companies based here; also, the share in the total turnover and the number of employees in the sector has been growing over the last years. Interest of large foreign companies for software services remained strong in 2010 and 2011.

Corporations opened new R&D centers or expanded existing ones. The most important are: PGP Corporation (data protection and security software), HP software development center, Genpact opened a second office for BPO services, ING shared service center, Office Depot service center, Evalueserv, Sykes, SAP. The year 2011 was marked by the first closing of production facilities and services (Nokia factory in Jucu, R&D unit of Nokia service center in Cluj and ING Cluj service center). In all these cases the causes are not related to the local context, as these decisions have been dictated by changes in regional or global strategy of the respective companies.

Iasi. Although in 2010 the number of employees of the sector was on the rise, compared to 2009, the revenues decreased by 10%. Some of the local companies have experienced difficulties, but they were compensated by a better evolution of development and support centers opened in the last years: Continental Automotive, Capgemini, Genpact and Amazon.