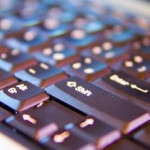 Over the last several years IT labor market in Ukraine remain quite stable comparing to other destinations. There weren’t any significant slumps or jumps on IT salary levels due to economic uncertainities.

On the contorary rather interesting trend might have been observed from the study statistics on the number of companies within the region.

As reasonably one might have thought about decrease in the number of companies throughout economic meltdown the actual figures were quite opposite.

From the CEE IT Outsourcing Overview 2010 report not only no significant bankruptcies, closures or IT outsourcing company failures were reported during 2008-2010, in fact 20% of responding companies were established during that period.

These were mainly small-sized companies established in times of negligible redundancy at the end of 2008 through the beginning of 2009.

In 2009, the number of IT specialists employed in Ukrainian companies providing IT outsourcing and software development services reached a 20,000 mark which is the highest indicator in the region (12.33%).

From labor surveys data provided there are some major trends on the labor market:

C# (.NET) is predicted to gain more popularity in next (strengthen positions Vs. Java)
Python will takeover TOP3 position pushing out PHP
More than half of PHP specialists are considering to move to Java, Python, C#
Tables below illustrate rating of programming languages and future trends:

Salary survey shows a 10-15% year-on-year increases in wages since 2010. The data are based on online anonymous surveys from the users of developers.org.ua.

This increase mainly facilitated by dynamic growth of Ukrainian outsourcing companies. From analysts estimates top 5 major employers in the field cumulatively add up to 500 new employees each month across their locations.

Despite pesimistic outlooks Ukrainian government still keeps a favorable eye on IT outsourcing industry with 0% VAT (only one sector remain) for exporting software development services. This allows to offset wages growth rate and keep prices stable.

Although, there is a heated debate over the future of tax approach to the industry, Ukraine troubles with tax code changes are nothing compared to what’s going on nearby in Belarus where devaluation of local currency led to political activism and struggles between citizens and the state.