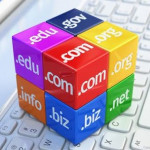 The 2015 year was the best period in the history of the .pl domain in terms of the daily average number of .pl name registrations, according to the NASK’s report on the domain name market in the fourth quarter.

As in previous years, the number of registrations was the highest in the first quarter of the year, when the daily average was 3,165 new names registered. The results attained during the following quarters were 3,132 in the second, 3,066 in the third and 2,913 in the fourth quarter.

Almost three-quarters (74.4%) of names registered in the .pl domain were composed of only letters, and the average length of names was 11 characters. The maximum allowed length of 63 characters is held by 17 names.

Only 0.1 percent of names included only digits, while more often the names were composed of digits and/or letters and dashes (20.5%). At the end of 2015 the total number of names active in DNS in the .pl Registry amounted to 2.68 million.