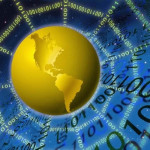 The first time Javier Bofarull Marques left Spain for Poland, it was for love. It was 2006, a boom time in Spain, and his friends thought he was crazy. He recently moved back to the Eastern European country and it was for a job this time because Spain’s economic crisis left him unable to find work there.

Poland’s economy has grown for 21 years straight, while some Western European countries are trying to recover from their most crippling recession in generations. The result is a striking change in its infancy: a country whose poverty and political oppressiveness once drove its people abroad in droves is now attracting workers from the West.

“Here I am recovering my dignity,” Bofarull Marques, 44, said from Krakow, where he landed a job with an international firm as a senior financial accountant after a fruitless eight-month search in Barcelona. “Poland is giving me another chance.”

The number of people from richer Western countries working in Poland is still small, and some Poles still migrate to Britain and other higher-wage countries in the West. Nonetheless, years of economic growth and European Union membership are indisputably transforming this country of 38 million people, the largest of the former Eastern Bloc states now in the EU.

A key source of this phenomenon comes from an outsourcing sector that has exploded in recent years, turning Poland into “the leading outsourcing destination in Europe,” according to a recent report by Jones Lang Lasalle.

The phenomenon began nearly 10 years ago when some international companies began outsourcing simple tasks to Poland; workers would key invoices into computer systems, or Poles with knowledge of various languages would answer customer questions on help desks, taking calls from across Europe. Since then, the tasks have grown increasingly sophisticated, and now include software development along with a wide range of accounting, financial and legal services.

The result has been the growth of new and challenging jobs that are limiting a brain drain from Poland and which are attracting people like Bofarull Marques, who is thrilled to be developing his skills and staying independent while some of his friends in Spain, where the unemployment rate is 26 percent, are moving back home with parents.

The tasks being performed in Poland now are many: graphic designers develop marketing campaigns for companies thousands of kilometers away, workers use Hebrew or Italian to procure orders for a Swiss agriculture company from an office in Krakow, accounting teams prepare tax filings for the French or other governments and research centers develop computer software used in German cars.

There are now office buildings and office parks sprawled across many Polish cities where the outsourcing takes place, including Gdansk, Warsaw, Wroclaw and Lodz. But the clear leader is Krakow, which was even ranked this year as the world’s No. 10 outsourcing destination worldwide — ahead of even Shanghai and Beijing — by Tholons, a Washington-based offshore consulting and investment advisory firm.

Foreign companies are attracted to Poland for several reasons, including labor costs that are roughly half of those in Western Europe.

But executives says it goes far beyond that and commonly cite the following factors:

— Polish university graduates often have strong backgrounds in information technology and engineering, a continued legacy of the communist-era educational system, as well as widespread knowledge of English and other foreign languages.

— Poland is a sizeable country in the center of Europe and produces about 400,000 university graduates each year. This is a “fantastic talent pool,” said Marek Grodzinski,” who heads a business center for the French outsourcing company Capgemini in Krakow. “That’s a great pool for firms like ours.”

— Political stability and a strong rule of law strengthened by EU membership. “Political stability gives Poles an edge. China is also an emerging location for outsourcing,” but international property protection is a risk, said Przemek Berendt, the vice president for global marketing at Luxoft, an IT services outsourcing company headquartered in Russia. “But as an EU member, Poland protects intellectual property rights.”

That’s important for companies like Luxoft, which creates trading platforms for investment banks and automotive software.

The outsourcing sector in Poland now employees more than 100,000 people working for international companies, and is projected to grow another 15 to 20 percent by the end of the year, according to the Association of Business Service Leaders, a group that represents more than 70 companies.

There are no statistics on how many non-Poles work in the sector. For now, the numbers are small. In some cases, foreigners at Polish universities stick around after graduation; sometimes a Polish romantic partner is also part of the equation. But some of the companies are also starting to bring non-Poles to perform certain jobs if they can’t find the right person locally.

Krystian Bestry, a top executive in Europe with Infosys BPO, an Indian company with a center in Lodz, said his company has “imported” some workers from the Netherlands to Poland because it needed Dutch speakers.

“Our offer is attractive to them,” Bestry said. “While Polish wages are lower than Dutch wages, the cost of living in Poland is also much lower.”

Some other countries in the region, including the Czech Republic and Slovakia, have also attracted outsourcing, though on a smaller scale given their smaller size. Hungary has, too, though it has been spooking foreign investors since the government of Prime Minister Viktor Orban took office in 2010 and started to show an authoritarian streak. Meanwhile, Romania and Bulgaria also offer lower costs to investors, and have grown as outsourcing destinations, though a greater perception of corruption there has kept some companies away.

Companies that have outsourced parts of their business operations to Poland include Shell, IBM, Google, HP, Motorola, Heineken, Procter & Gamble, UBS, Citibank, Credit Suisse and many others — altogether more than 50 companies from the Fortune 500 list. There are also some companies devoted solely to carrying out accounting, legal work and software development for other companies. One is Capgemini, which provides business and computer outsourcing for almost 100 corporations, including Coca-Cola and Volkswagen. It operates five centers in Poland.

Some corporate leaders are clearly worried about a perception that the jobs being created in Poland represent the loss of higher-paying jobs back in home countries. Some refuse to say how many employees they have in Poland, while some companies that use the services produced in Poland ask that their contracts be kept secret.

Jacek Levernes, a member of the board at Hewlett-Packard Europe and the head of the Association of Business Service Leaders, said there is no doubt that Poland’s outsourcing sector is thriving thanks to the financial crisis in the 17-nation eurozone and elsewhere as companies seek savings. Still, he argues that the phenomenon, overall, does more to help than hurt workers in the West. He argues that if, for example, a French company barely making a profit because of the financial crisis cuts costs by outsourcing some of its internal accounting to Poland, that could be the margin of savings that keeps the entire company afloat.

“If the company must find savings, but doesn’t, it goes bankrupt — and hundreds or thousands of employees lose their jobs,” Levernes said.

The booming outsourcing sector amid a larger economy that keeps growing has left Bofarull Marques more optimistic about the future of Poland than Spain, and he expects to make Poland home for many years, perhaps even until retirement. It was not the scenario he imagined when he first moved to Krakow in 2006 for a girlfriend.

The relationship eventually ended, but along the way he bought an apartment, made friends and witnessed Poland’s economic transformation. He moved back to Spain in 2011 but only managed to find work for a short time before ending up with the mass of unemployed. Eight months of trying to find work were enough for him and so he returned to Krakow last April and quickly found work with Capgemini. The company does business back in Spain, and puts his language skills to use with that.

“When I left Spain the first time, my friends called me crazy and I often regretted the decision,” he said. “But now, with a view to the past, I think I was lucky.”