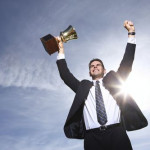 Creating and driving virtual Formula-1 racing cars on a track projected onto a large screen in a converted cable factory, the winning team edged Brazil’s Itarama for the title of best coders and a cash prize of 5,000 euros ($6,770).

Finland’s Resocar came in third in the field of eight finalists. The top three were also presented with medals that were produced by 3D-printers.

More than 4,000 computer coders from over 90 countries took part in the on-line qualifying rounds which began in March.

The event was sponsored by Finnish game developer Supercell, creator of “Clash of Clans” and “Hay Day,” and technology company Reaktor.