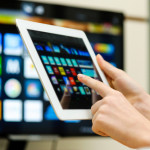 More than 46% of Polish internet users would like to buy access to particular TV channels and not a whole package, according to the survey Videotrack II conducted by MEC media house.

Despite such results, the operators do not allow their viewers to select TV channels individually. Yet, there are already some solutions on the Polish market meeting such needs.

For example, HBO Poland has HBO Go package in its offer, which can be purchased from a pay-TV operator with access to the internet. Platforma nc+ also considers launching dedicated web services which would allow its customers to watch TV channels in dedicated packages.

The survey also shows that TVN is believed to be the TV station with the most interesting online offer (with 34% of respondents).

However, it is Ipla (which belongs to Cyfrowy Polsat) and not player.pl which is regarded as a favorite pay-TV service in Poland. According to MEC, it means that not all internet users associate such services with their broadcasters.