Romania, in Race to Become Regional Leader in Outsourcing Services 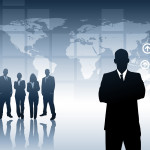 Romania can become the new regional leader in terms of IT industry in outsourcing regime, after Endava company, one of the main local services companies in the field, was nominated in Top100 Global Services /GS100 Top/, a reference annual ranking for the world’s IT outsourcing industry.

According to the Romanian company, the nomination is included in the ‘New regional leaders – Eastern Europe’ category, along other five relevant companies, Endava being the only one unfolding activities also in Romania.

To draw up the GS100 ranking, analyzed were the trends of turnovers and the main economic indicators registered by ITO-BPO /IT Outsourcing and Business Process Outsourcing/ companies from all over the world. Also taken into account were criteria such as the trend of number of clients, the number of employees, the complexity of the projects made and the management practices applied.

Among the factors that contributed to this year’s nomination of Endava in GS100 is the fast growth recorded by the company in Eastern Europe, being active in four locations in Romania and the Republic of Moldova, as well as the increase in the number of employees by over 25% in 2010.

In the ‘New regional leaders’ category, nominated were also other companies in the region, such as IBA Group (the Czech Republic), MERA, SoftServe and Exigen Services (all in the former soviet area).

Endava is present locally with offices in Cluj-Napoca (centre), Iasi (east) and Bucharest, and it has a total of 310 employees, by 110 more than in January 2010.

Endava provides business solutions and IT services especially for big organizations in the UK and the U.S., from retail banks, credit card companies and telecom companies, to media trusts and Premier League football clubs,Agerpres informs.