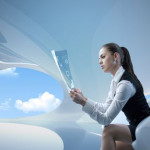 Romanian game producer Atypical Games intends to grow its turnover by 100 percent this year compared to 2014, when the company posted a turnover of USD 2.1 million.

In 2015, the company aims to consolidate its team by at least 10-15 employees, looking for seniors for the programming and design areas.

The bulk of the sales (50 percent) were generated by the United States , followed by Europe with 25 percent. Romania represented just 0.02 percent of the total business of Atypical Games in 2014.

The game producer will launch in 2015 two games for mobile devices. The first is Radiation Island, launched on January 29, 2015, while the second will be launched in the second part of the year.

Total revenues from the mobile game industry reached in 2014 a total value of USD 24 billion. In App Store, 9 out of 10 applications which brought the highest revenues were games, according to Atypical Games press release.

In 2014, from the total number of new games, premium games represent 6 percent while the rest of 94 percent are free.

Gamers will increasingly choose free games this year, due to the higher accessibility of smartphones.

Emerging markets such as China, Japan and South Korea are growing.