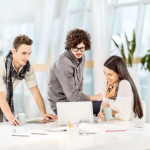 A witness questioned by the prosecutors of the National Anti-corruption Direction (DNA) in the file of Microsoft licenses has linked the names of current prime-minister Victor Ponta and former prime-minister Adrian Nastase to the Microsoft file, according to Mediafax newswire.

The witness said that in 2004, Claudiu Florica, one of the key people in the Microsoft license case, who was at that time the head of Fujitsu Siemens Computers, tried to convince the current Romanian PM Victor Ponta start an investigation of the Romanian Prime-Minister’s Control Body (headed by Ponta at the time) at the headquarters of the Ministry of Education.

The purpose was to compel Siveco to reintroduce the companies protected by Florica on two contract extensions, one worth USD 20 million and the other worth USD 96 million, signed during the PSD ruling.

“If anyone actually asks me anything…I believe I know half of Romania’s population,”

In a statement on Tuesday evening, the PM explained:

“I got informed and things are as follows: first of all, I never had in any way attributions related to contracts in general, not only licenses.

The Control Body of the Romanian Prime-Minister never conducted any controls related to the licenses. In 2004, I was no longer the head of the Control Body, starting March 11, I became minister for community acquis, so I had no connection to the control.

The Social Democrat Youth was not registered as a legal entity and was inaugurated in 2002 not in 2004. To sum up, I cannot get upset with anyone, because I understand that the person who said these things does not exist or does not have a name, but I can only say one thing: tomorrow, if anyone calls me, any state institution, DNA or anyone else, I will be delighted to go and explain this.

If anyone had asked me or had looked in the Official Gazette, to see that in 2004 I was no longer head of the Control Body, a good piece of news would have been lost tonight,”

When asked by the media if he believes this is a political strategy, Ponta said the order comes “from Cotroceni”.

The witness also connects the name of former prime-minister Adrian Nastase to the case.

The witness named in the confession Romanian officials such as Adrian Nastase, prime-minister between 2000-2004, Alexandru Bittner, who allegedly mediated the bribes to Nastase, Remus Truica, head of the prime-minister chancery at the time, Victor Ponta, head of the Prime-Minister’s Control Body at the time, Ecaterina Andronescu, education minister between 2000-2004, Cristina Ghitulica, head at Andronescu’s cabinet during 2000-2004, Mihnea Costoiu, general secretary of the ministry at the time, Traian Ionescu, manager in the Ministry of Education, Valentin Cotarta, manager in the ministry of education, Gheorghe Dinu, counselor of the Education Minister Ecaterina Andronescu, Mihai Tanasescu, ministry of finances at the time, Enache Jiru, state secretary in the Ministry of Finances, Dan Nica, Minister of Communications and Information Technology, as well as Alexandru Athanasiu, Mircea Miclaus and Andrei Marga, education ministers appointed after Ecaterina Andronescu.

“This mega-contract around USD 200 million was initiated, negotiated and controlled by Claudiu Florica between 2001-2002, when direct meetings took place in this sense with Ecaterina Andronescu, Mihnea Costoiu and other employees of the Ministry of Education and Research, who were decision makers in this project. The contract was attributed following negotiations with a single bidder even though there was no technical impediment for an open tender, the decision being made by the government in a private meting,”

according to the prosecutors.

Florica conditioned the presence of Compaq in the contract in exchange for sub-contracting equipment and services worth USD 2.3 million to Technet Austria, a company set up by Dragos Stan in Austria, via his intermediary friend Thomas Heintschel. The firm was set up especially for rolling out contracts that involved the payment of bribes for politicians involved in approving the contract.

At the time, the Compaq management, made up from Mihai Pascali and Calin Tatomir (who was later appointed as Microsoft GM in Romania), approved the contracts and accepted the over-sized commercial fees of Technet Austria, allegedly knowing that a bribe would be paid to people close to Adrian Nastase.

Florica also conditioned the presence of Siveco as integrator as part of the contract in exchange for subcontracting a part of the software and services worth USD 1.5 million to the company Kapraras Consulting, led by Antonio Kapraras, who would ensure the payment of a bribe to people in Adrian Nastase’s entourage.

The order was conditioned in exchange for ceding the entire contract to Net Consulting, the company owned by Dragos Stan, which had the role of paying the bribes Florica had promised to Nastase’s people. Nastase was the only person who could sign a government decision to attribute the contracts directly by negotiating with a single provider.

In August 2003, Andronescu was replaced with Alexandru Athanasiu as Education Minister. The contract still went on between 2003- 2009 but none of the companies under Florica’s control and protection such as Fujitsu Siemens Computers, Net Consulting and Softwin received any contract.

Between 2003 and 2005, Florica made pressures on all official and unofficial channels to be included again in the project. In 2004, he met Alexandru Bittner who had control over the IT projects during the 2000-2004 governing of the Social Democrat Party. Bittner offered him support for two projects- the contract for securing the state frontiers, and the project for acquiring Microsoft products for the Romanian government- but Florica in exchange had to stop making pressures to enter again in the IT Education System project.

In 2004, Florica also met Ponta who was at the time the head of the Control Body of PM Nastase and tried to make him start an investigation of the Control Body at the headquarters of the Ministry of Education and compel Siveco to reintroduce the companies Florica controlled in the two contract extensions, one worth USD 20 million, and the other worth USD 96 million, signed during the PSD ruling.

According to the witness cited by DNA, the scheme was to create a very high profit in the sub-contracted companies. From this profit, the sums of money necessary for paying the bribes, via contracts for fictitious services, were taken out via offshore companies.

According to the witness, there was no real reason for not organizing a public tender, and all the hardware and software could be procured from countless producers on the local market, writes Mediafax.