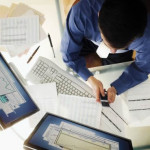 InCrys, the Romanian provider of complete IT  Consulting and Services, is number 28 in Deloitte Central Europe Technology FAST 50 2011. According to the survey, InCrys had a +501% increase in turnover between 2006-2010.

The company, which is present in Deloitte’s survey for the second consecutive year, had an alert and sustainable growth in the past five years, to EUR 6.16 million in 2010. For the first six months of 2011, InCrys had an EUR 4.27million turnover, with an increase of more than 50% compared to the similar period last year, when the turnover was EUR 2.32 million.

InCrys was founded in 2000 with 100% Romanian capital and now has around 180 IT professionals. The company offers Software Development, Software Testing, Application Maintenance Outsourcing, Remote Server Administration, Business Analytics and Optimization (BAO) and Software Packaging services, with a focus on clients and partners from Western Europe.

„We are honoured to be in Deloitte Central Europe Technology FAST 50 for the second consecutive year. InCrys continued to diversify its client portfolio and hire numerous IT specialists in 2011. We estimate that, by the end of the year we will have more than 200 employees”, says Gheorghe Pasc, General Manager at InCrys.

The company uses programming technologies such as: Java (JEE, Swing), C/C++, .NET and COBOL. The main differentiators of InCrys are:

Deloitte Central Europe Technology FAST 50 includes the most dynamic technology companies in the region, based on the income increase rate for the last five years  (2006–2010) expressed in local currency. The countries taken into account are The Czech Republic, Hungary, Letonia, Estonia, Poland, Slovakia, Bulgaria, Romania, Serbia, Croatia, Slovenia, Bosnia and Herzegovina and Lithuania.