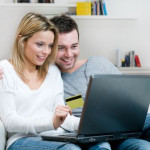 “There are very high volumes of data that must be transferred via the telecom networks and the growth in the degree of digitalization, especially in rural areas. This will mean that we must sign partnerships with local authorities, something we are very interested in,”

Unfortunately, the relation with the authorities is not always as smooth, complained operators.

“We come across rather high difficulties in obtaining authorizations for setting up our mobile stations, which makes us adjust things as we go,”

“There were situations when decisions of the local councils impended the installations,”

“We are talking of a life expectancy of at most five years for the equipment we are using,”

This week, the Romanian telecom watchdog ANCOM announced that it has come to an agreement with telecom players on the format and the way to transmit the information necessary for compiling the inventory of public telecom networks and available infrastructure elements.

The Authority will thus be able to compile maps that will indicate the coverage of these networks in every Romanian locality, as well as indicate the situation of the available infrastructure elements.

According to the press release of the institution, the telecom players will send the Authority data regarding the network segments, points of access to the network, and so on.

The three largest telecom operators in Romania are in the process of expanding their 4G networks.

“We have very aggressive plans for 4G development. We start these plans with urban areas and then we go to accelerated development in rural areas where investments will be higher than in urban areas,”

“We wish that every Romanian will have a 4G smartphone,”

The challenge, according to Maritescu, is that “Romania is a deeply concurential market very much based on price. The customer is very interested in the quality of the services but at the same time very price-sensitive” which also puts pressure on the investments.

Last but not least, Tudor said the European and Romanian market supports a very high number of players.

“There are four operators on the United States market and approximately 140 operators on the European market. Is such a number of operators sustainable, if we think about the investments that must be made? It is clear that consolidations will appear, either as such or via M&As, and this means that the capacity to invest will be stimulated,”

said the Orange official during Focus on Telecom.

On the other hand, Catalin Marinescu, president of ANCOM, argued that the European telecom market serves the interests of the consumer much better than the American market.

Marinescu also drew the operators’ attention to “keep their balance and declare their real 4G coverage because in case they over-bid, they may turn against them. If we receive notifications, we will investigate this,” said Marinescu.