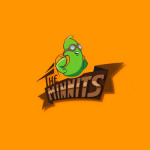 Sigma Ukraine together with Sigma Technology was involved in creation of a fascinating web-based adventure game the Minnits for Universal Learning Games AB since 2012.  During this time we developed from scratch a Unity 3D learning game, which is aimed at helping students of age from 10 to 13 learn English in a fun and engaging way.

After the success of the first game, Universal Learning Games AB engages Sigma team in creation of a new multiplayer adventure game the Math Minnits.

The English Minnits game is a complimentary teaching material, which can be easily implemented in educational process and follows the syllabus. The game includes colorful scenes and funny NPC characters that the main character can talk to and perform requests for, combat scenes where the main character confronts adversaries, and a magnificent Minnits slot machine to train in English listening comprehension. The game has web version as well as is available on iOS and Android devices.

“We have recently released an updated version of the English Minnits for web, Android and iPad with new playing scenes and improved functionality,”

“The project offered a great possibility to extend our expertise in working with Unity 3D and iOS/Android platforms. We’re excited to continue working on game development, ensuring interactive user experience and making it even more engaging for children.”

“The challenge for our team was to come up with the viable concept, design, develop and produce an English-teaching 3D game from scratch, a product that is educational, enjoyable and within a set budget,”

“We’re excited to work on a new assignment and are ready to deliver best gaming solutions for Universal Learning Games AB.”

“Back in 2010, we had the idea of creating a game to help young people learn contemporary English — in schools and at home. Of course, we faced the challenge of finding a partner. Our team was glad about Sigma Technology’s and Sigma Ukraine’s readiness to flow into the process of the product creation, their technological know-how and amazing graphics including their 3D models,”

“We look forward to further cooperation with Sigma at the Math Minnits game creation.”

At the current stage the game is deployed to schools in Sweden, Denmark, Germany, The Czech Republic, Spain and Colombia. Apps for the consumer market are available on AppStore and Google Play.

More information about the English Minnits

The English Minnits is an adventurous English-learning game, developed for children of 10 to 13, owned by Universal Learning Games AB. The game is available on tablets and desktop.

Do you want to try the game and take a look at the Kingdom of Minnutia? You can download a free trial for 10 days or a free iPad school version.

Sigma is a long-term business partner wherever information technology makes a difference. We are a global player with a Nordic base. We deliver the smartest solutions to support our customers’ business aims.

Sigma is owned by Danir AB and has about 1700 employees in eleven countries. Sigma operates in Ukraine since 2006 and the local team currently consists of 450 IT professionals.