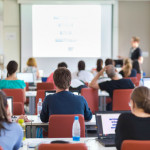 The successful education is formed by a lot of factors. One of them —conditions for students learning every day. Sigma Software continues cooperation with the leading Ukrainian higher education establishments. This September the company opens a training laboratory in the famous Lviv Polytechnic University. The class is fully equipped at the company`s expense.

Lviv Polytechnic University is listed among the top 15 Ukrainian universities that train IT professionals. The educational establishment has a long history, since it was founded 200 years ago. Despite this respectable age, it still remains one of the most advanced universities in the country in terms of training the future IT experts.

Sigma Software and the Lviv Polytechnic University started the cooperation about a year ago. For the new academic year, the company has prepared a special gift for students. We have equipped classroom with all necessary appliances. 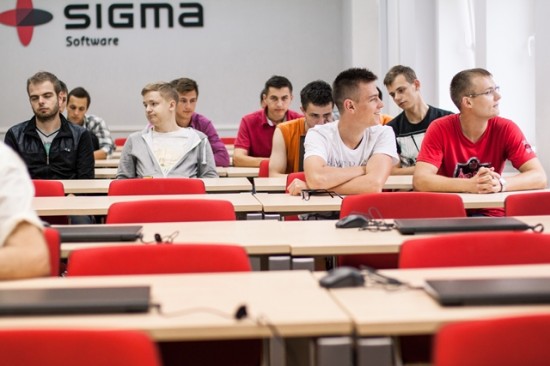 “The new classroom is located in an old construction, which was built back in times when Lviv was a part of Austro-Hungarian Empire. On the one hand, it gives a special flavor, combining centuries of history and the latest cutting-edge technologies. On the other hand, it influenced greatly the whole project: we had to think over every aspect to turn these old premises into a cozy and comfortable place to learn.”

In addition to repair works, the training laboratory was supplied with air conditioning, all necessary furniture, eleven laptops, projector and screen, whiteboard. Windows were protected from the bright sunlight with roller blinds. In total the company invested about 23.5 thousand dollars.

The class opening was held on September 5 at the presence of Sigma Software representatives and vice-rector for scientific and pedagogical work of the Lviv Polytechnic, Dmytro Fedasyuk.

“The company contributes a lot to IT education development; we are thrilled to be partners with Sigma Software. It is very important that our students can now learn in a bright, comfortable, and modern classroom, the atmosphere in which disposes to obtaining new knowledge,”

“Starting from September the students of Lviv Polytechnic University will study in the new Sigma Software training laboratory. Both university classes and trainings from company`s experts will be held here. This is the sixth class launched by Sigma Software. Over the past years such training labs were opened in Kharkiv and Odesa universities,”

“We are proud to be among the influencers of education development in Ukraine. We keep on moving and exploring new opportunities. What is most important – we definitely see a positive result.”