SMT Software among the Most Innovative Companies in Central Europe 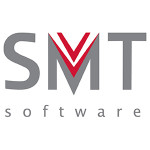 SMT Software, of the SMT S.A. capital group, belongs to the 50 most growing companies in Central Europe, claims the ranking Deloitte Technology Fast 50 Central Europe 2013. It is yet another edition of this esteemed ranking, in which the Company was praised for its great dynamics of revenues.

On October 24, 2013, the results of the 14th edition of Deloitte Technology Fast 50 Central Europe were announced, identifying the most growing companies in Central Europe. The winners were selected according to their rate of growth of annual operational revenues in the past five years. The increase of 695 per cent in 2008-2012 gave SMT Software the 16th rank this year. In total, the ranking included 27 Polish companies.

“We are proud to yet again make it to the Deloitte ranking. This distinction confirms our strong regional position. We are committed to innovation, we build our own competence centers and we collaborate with the academia. We want to maintain our high growth and ensure permanent increase of our company’s value,” says Konrad Pankiewicz, the President of SMT S.A.