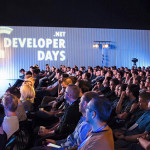 Networking with peers, learning what’s new and having a blast – Developer Days 2016 in a nutshell.

What have you done lately to keep up to date with all the news from the mysterious world of software development? Have you followed the greatest speakers in the industry or spent hours reading their blogs?

Or have you taken part in numerous webinars or read hundreds of books? However, you could also have participated in .NET Developer Days, one of the most popular conferences dedicated exclusively to application development on the .NET platform. 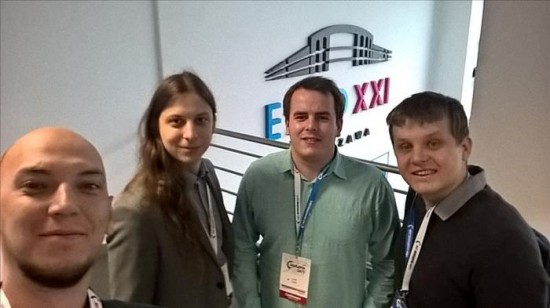 Five of our colleagues spent two exciting days on broadening their knowledge during the consecutive edition of the event. Who could report the proceedings of those days more precisely than our developers who had a chance to be a part of it? Here is a short story of what they experienced during the conference.

NET DeveloperDays is the biggest premium conference of this type organized annually in Central and Eastern Europe and its popularity continues to increase each year.

Similarly to last year, the conference took place in late November in Hall of the EXPO XXI Center in Warsaw.

The summit was tightly filled up with 28 presentations – each of them lasted about 1 hour and tempted participants with big names from the industry. Moreover, organizers didn’t forget about few refreshment breaks and some time for networking with other participants and speakers. Let’s see what Adam, Radek, and Piotr have to say about the conference.

Adam: Comparing both editions of the event, that I’ve had a chance to participate in, I must say that this year’s conference turned out to be more technical than the previous one. It was definitely dominated by two IT gurus – John Skeet and Dino Esposito. We didn’t mind, though – those two made a great job out there on the stage! 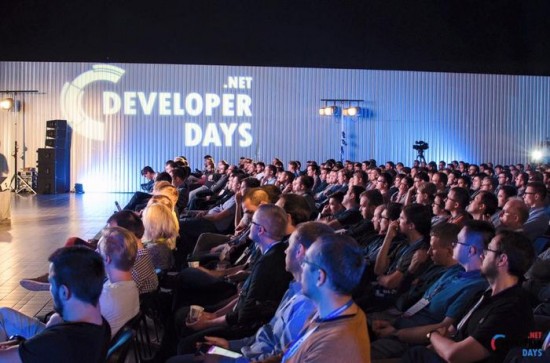 The speaker brought us closer to his own working experience, including his adventure at Google. Moreover, he talked about the progress that C# – as a programming language – has done over the years.

The best keynote IMHO? Ted Neward and his “Rethinking Enterprise”! It was one of the most valuable and thought-provoking speeches I’ve listened to in a while. It reminded us, developers, that our brains are the most important and powerful job tools that we possess.

He emphasized that we should start thinking again instead of blindly following well-known design pattern. It was a truly kick-ass speech, powered by charisma and knowledge of the speaker, his irreplaceable energy on the stage and real motivation that he gave us.

In general, organization of the event was just perfect, with great care and attention to the smallest detail, e.g. custom branded bottles of beer with quite funny jokes printed on them. 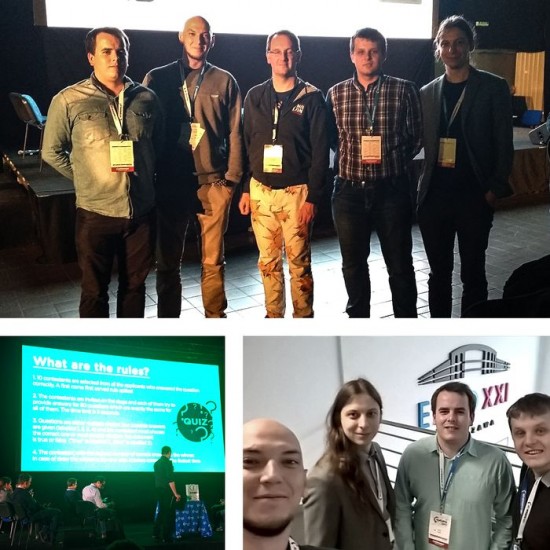 Radek: There is only one thing I could have doubts about – it was impossible to attend all the workshops I was interested in because most of them were conducted simultaneously.

Except for this one small detail, the conference was great, the organizers did a really good job and it was fun to be a part of it for the second time. In overall, a great amount of knowledge and a pleasure of exchanging views with other developers are essential enough for me to do it again next year.

Piotr: World-famous names, great speakers, a large number of technical workshops, great food, and even better after-hours party… should I carry on listing the reasons why I liked the event?

I really enjoyed the whole conference but I particularly loved Ted Neward’s lecture about Task Parallel Library! I think the speech helped me to clarify the process of doing programming tasks simultaneously and consequently to become a better developer.

Ted also gave another (less technical, but very motivating) lecture about the motor of our brains and explained very carefully why we should use them instead of blindly following “good practices of programming”.

Undeniably, the organizer met the challenge and prepared a great event. I know that some participants were complaining about the registration process. Well, maybe I was born under a lucky star, but it took me only 5, ok, maybe 10 minutes. Great job, guys and see you next year!

Can you feel it as if you were there with them? Would you like to join them next year? It is a high time for you to check our job offers. Remember that at Synergy Codes every employee is guaranteed a yearly training budget to use. How would you make use of your training budget?

Image credits: Second and third, by DeveloperDays on their Facebook Page